Trauma changes the way we are wired. And its effects can be lifelong.  Particularly attachment trauma from our earliest experience of attachment to our parents.

As recent research has discovered, the brain is “hard-wired to connect to other minds, to create images of others’ intentional states, affective (emotional) expressions, and bodily states of arousal via a set of specialised neurons in the brain called mirror neurons. They are the basis of empathy and emotional resonance with others. These neurons allow us to interpret the world around us by anticipating the actions of others by studying their facial expressions and bodily movement. Young children will instinctively make eye contact with their mother to communicate, well before they have verbal language. The mother’s attunement to this mutual dance of eye and facial expression is absolutely vital in landscaping the infant brain to regulate arousal (i.e. calming the child in the face of distressing stimuli) and thus ensuring empathy between them. If a child is not soothed, and therefore doesn’t learn to self-sooth in the childhood years, they are likely to switch between states of hyper- and hypo-arousal at the least stimulus without warning.

Imagine then if the mother is distracted, conflicted, in pain, or depressed. This fine-tuning, which directly drives the neural development of her infant’s brain is distorted, fractured and sometimes destroyed. In fact, as infant brain maturation is based on this “emotional interaction between mother and child, a negative maternal response will elicit a state of shame/withdrawal, characterized by a shift from sympathetic to parasympathetic arousal” producing a typical dissociation or freeze response which many never be recovered. This pattern of shame will result in inadequate development of coping strategies by the child, and contribute to problems with character expression and brain development. Normal development may actually be inhibited by excessive elicitation of shame, rendering these infants more vulnerable” to further trauma by relatively innocuous events.

Shame becomes the default position for children with this experience. 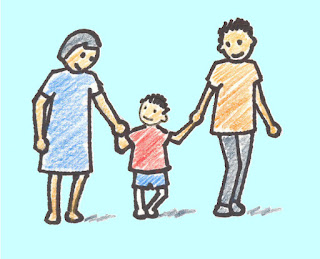 The future implications for that child, especially if not remediated by the mother or another caregiver later, are lifelong. The child is sensitised to emotional stimuli, finds it difficult to find emotional resonance with others and may withdraw or act out its distress in ways that the parents find hard to deal with. As the child then grows and interacts with other children and adults their inability to self-soothe will create more trauma as their actions are misinterpreted by others and they become further subject to painful experiences of rejection. Many of my clients describe this process of having been misunderstood at home and then bullied at school – a double whammy of emotional pain which keeps them locked into a stress response, their brain failing to break its cycle of fight, flight and freeze.

It’s not that most parents are deliberately abusive (although some are); it is often more a systematic failure to connect with their child and create a harmonious living situation (as my experience clearly demonstrates). The child grows up knowing this, but it is a wordless knowing, doubly baffling as no-one talks about it, and in some cases you are given the opposite message ‘you don’t know how lucky you are’, etc. Unbelievably, some very cruel parents do tell their children of their disappointment ‘I wish I’d never had you’, ‘you ruined my life’, etc but in the main it is an unspoken message of failure. A child is unable to make sense of this duality, and, being a magical thinker, believes they are the cause.

The child then develops strategies to overcome this by desperately trying to please the parent, such as being the ‘good one’, burying their feelings and sometimes even becoming the parent themselves. They develop certain habitual behavioural patterns that become fixed responses to emotionally charged situations. Thus, if, as an adult they are similarly threatened (e.g. by a bully at work for example), their responses are conditioned by this early experience to those of a child. They will have no idea of this of course, because their thinking brain has constructed a very reasonable, logical argument for why they feel the way they do (rationalisation) that does not see the response as a conditioned memory – it feels like the current situation that is the problem.. For example, the boss is just ‘a monster’ or the partner in the relationship is ‘impossible’ – ‘they made me feel that way’. It’s the other person’s fault because you cannot conceive that you are triggering automatic conditioned responses to similar experiences in your past.

Thus, without your conscious awareness, you have contributed to the situation, as you have acted in ways that conform to your map of the world governed by your emotional landscape and it is difficult to perceive otherwise. In subtle ways even your choice of partner may even be dictated by this; often you are attracted to people who have the same experience of trauma but the opposite coping strategy6. For instance a couple I worked with both had difficult relationships with their mothers which left them feeling worthless, but for the man this made him angry and volatile when confronted, and for his partner her approach was to be the ‘good one’ and acquiesce her needs to please others. They often struggled to be understood within the relationship as each would trigger the other into these stereotyped behaviours. By being able to witness these behaviours rather than get caught up in them, they had a chance to break the old habits and reveal their true selves to each other.

This is an extract from my book The Scar the Won’t Heal– available now on amazon. In the next instalment I will look at how this results in different attachment strategies in the child and later the adult.

Tweets by patriciaworby
This site uses cookies: Find out more.